For our overseas friends, no trading on the ASX today - Queen's Birthday Holiday - long may she reign over us.
Last edited: Jun 14, 2021

A rare TV appearance by the chair from 2018. I have no clue what they are talking about but the house is nice. 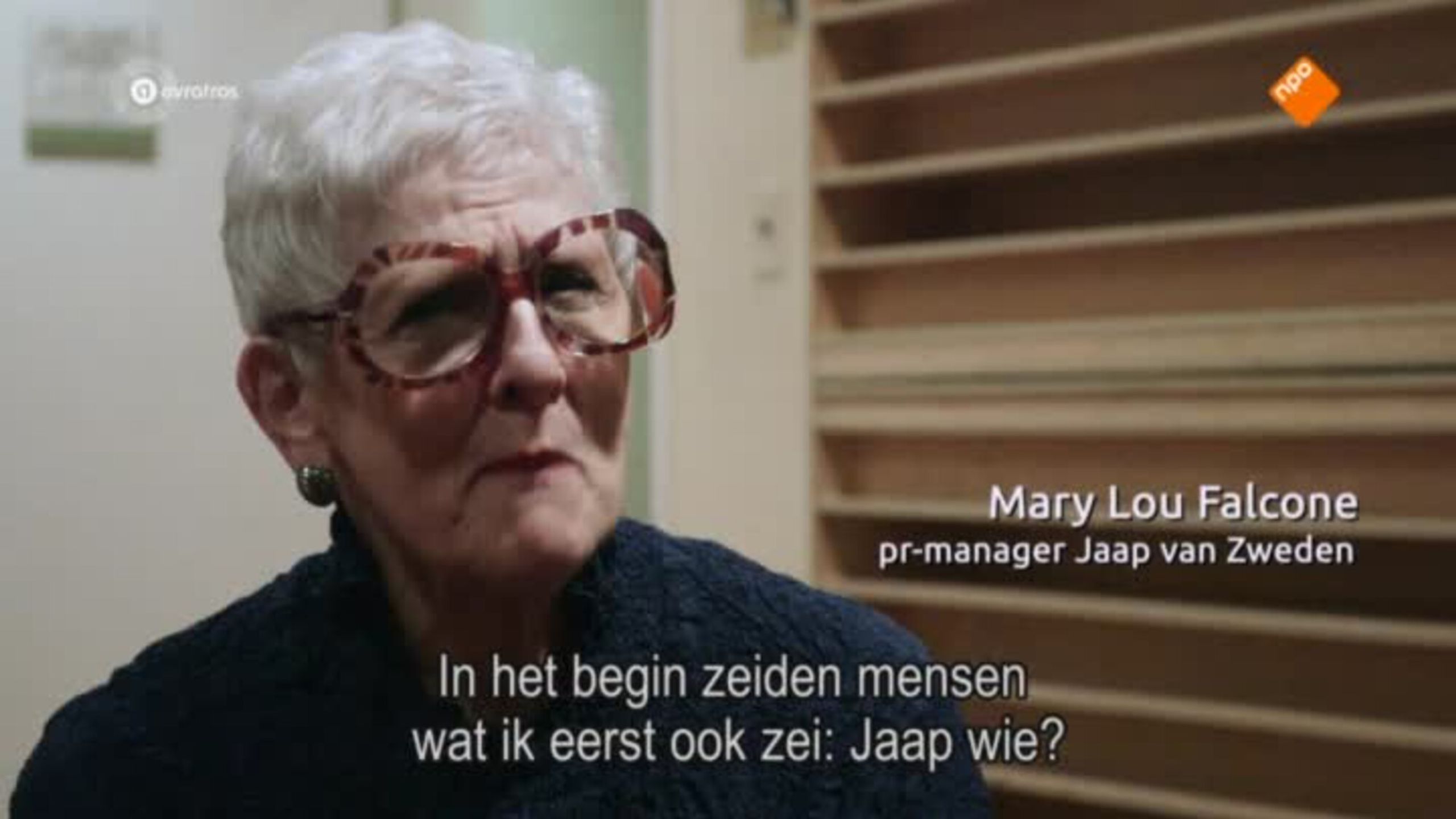 FarmaZutical said:
A rare TV appearance by the chair from 2018. I have no clue what they are talking about but the house is nice.

Brush up your Dutch Farma

Long story short: the interview is on Jaap van Zweden, Dutch violist and conductor. His child got autism, and during a concert, Willem Blijdorp learned on this, and decided to donate 10MEuro to the papageno house, a house (charity) built to support autism children, and started by the family van Zweden (didn't watch it completely). Willem his business partner has a child with autism as well, so Willem knew what it meant. Their company has just been listed on the stock exchange, so funding was no problem.
Due to this large donation, and as Papageno meant a lot to the Van Zwedens, Willem Blijdorp was added in the interview, a rare opportunity as WB is reluctant to give interviews. The piece on Willem is a short overview of his life, and of course some nice pics of the house in Geneva. Willem went to hotel school, in contrast to his parents as a farmers son), and started eventually with organising boat trips to Germany where Dutch people could buy taxfree (and probably vice versa). The 12.5 guilders for the boattrip was easily saved by buying taxfree. In the end the tax trick was not allowed anymore, but WB found his area of expertise and built on that. Large portion of his money is spent on charity.

And I don't like the interviewing host. Annoying fellow Ivo Niehe.

Verharven said:
Queen's Birthday Holiday - long may she reign over us.
Click to expand...

Only another 20 yrs of reign left...unless she remarries! Then make it 30 yrs!!!

@Sherlock Thanks a lot, mate. I speak 4 languages and understand a fair deal of a few more. But Dutch isn’t one of them. It does adds a human dimension to Blijdorp that he spends money on charity and children in need.

@DenzelWash PC5 is all about topicals, and then also a pediatric formulation of Scenesse. I still think enfance could be a topical and that it is somehow linked to the OTC lines.

Imagine the validation it would give to an OTC line if PMLE patients, EPP children and others with real diagnoses get a benefit from an OTC lotion. Even though you sell the products at a reduced price the potential is huge in actual sales. Admittedly, it would be a conundrum, though, because how would you then not claim a medical benefit from the OTC product and how would the regulators not come after you? Perhaps the answer lies in the pharmaceumable concept. A rebranding of the not so loved cosmeceutical niche where a potent peptide (derivative of Afamelanotide) is sold to the general public as well as some of the patient groups who would be to big and to vague wrt symptoms to reach through clinical trials - as something in between a medical and an over the counter product.

Could the lotions be marketed in different %? So an Rx version of Enfance with x % of the peptide and an OTC version with a lower %.

The latest german documentary about EPP has been uploaded to the Photoprotection Channel, which is operated by Clinuvel.

@Alexius, the last sentence in the video says that Lara, (the 13 years old girl) should soon get medication for EPP as part of a trial. I wonder if she will get MT-7117 or Scenesse enfance ?

@Aleman Two instances where it’s been said young EPP patients are trialling a drug. And as mentioned already, work should be getting underway now to meet the requirement for a paediatric dose next year. Seems reasonable to ask Clinuvel for some clarification around this subject.
Last edited: Jun 15, 2021

macgyver said:
@Aleman Two instances where it’s been said young EPP patients are trialling a drug. And as mentioned already, work should be getting underway now to meet the requirement for a paediatric dose next year. Seems reasonable to ask Clinuvel for some clarification around this subject.
Click to expand...

Analysts previously had been extreme on expenses with $40m and $50m for the next two years. Sales move to $60m and $97m, EPS of 40c and 74c.
Expenses for XP will not be anymore than for EPP. If Vitiligo turns out too expensive in a crowded market place it will be dropped or prioritized.
Expenses for Phase 3 Stroke is really quite interesting (assuming benefit is shown in phase 2) - I would expect that it would have to be a large trial but counter to that is it is an unmet medical need which could see it rapidly deployed by the FDA. Plus as Clinuvel moves manufacturing in house expenses will be reduced. definitely something to watch - potential Pharma side profit could be much higher than the $46m

Alexius said:
@Sherlock Isn't there also a substantial risk that Afamelanotide is lacking efficacy in treating Stroke, DNA repair and CNS diseases? I'm a bit surprised that "safety awareness" is considered to be the major risk. If there is any evidence that Afamelanotide is highly likely to work, please share these insights...I'll then take a loan and go all in CUV
Click to expand...

I have absolutely zero doubt that afamelanotide works in all three areas ... photoprotection, DNA repair, and inflammation control. Why? Because I've used it and I know what my normal body response would be without it. If you can prevent a bad to horrific sunburn from occurring, then you know afamelanotide is doing these things. Will it work in stroke victims? I say absolutely ... the damage from stroke is death of brain cells due to lack of blood supply and the resulting inflammation that occurs from the blockage. I believe that Prenumbra will control the inflammation because it will moderate the the cell signalling that causes the inflammation at its root. The XP trials put the spotlight on how well Scenesse will perform in the area of DNA repair, so I am very keen to get those results.

But to me, the most significant effect out of all of the wonderful things this synthetic peptide does has always been inflammation control. So many big diseases could be made less harmful or potentially manageable with a healthy dose of inflammation control. We have seen this recently with COVID-19. The virus is most destructive due to its inflammatory after-effects. Control that and you control its lethality.

As far as breaking through the skin barrier ... really you need only the amino-acid sequence (His-Phe-Arg-Trp) which is the minimal sequence required for selectivity and activation of the MCRs (except for MC2R). The trick is how long it will stay activated. For improved staying power, you need additional post-translational modifications on the end(s) of the peptide. This is (actually one of 3 things) that distinguish synthetic Scenesse vs. our natural a-MSH.

The biggest risk in my mind is not the efficacy of the drug at all ... it is management's ability to execute and get the drug to market for a wide variety of indications big and small in a timely manner before either patent expirations or the bigger threat, competition in the form of a competing drug candidate. All it would take is for somebody to discover just one amino-acid difference or one different post-translational modification to create a legally recognizable NEW drug that performs just as good or better than what Clinuvel has in its portfolio and the future financial situation of the company would have to be refactored.

And really, it doesn't even have to be the same or similar set of amino-acids as we have seen. Its shape could be cyclic vs. linear as what Palatin has in its portfolio with Bremelanotide. All this new peptide or even molecule would have to do is fit in the 7-transmembrane GCPR pocket of the MCRs and keep them activated.

This is what keeps me up at night ... until Clinuvel management can execute as promised. They have money to spend on R&D. Why aren't they making sure there are no other potential peptide configurations out there that might compete? MT-7117 is nothing like Scenesse structurally, yet if it can stimulate the MCR pocket effectively, it could potentially be a rival drug. This is why time is the only risk factor to me.
Last edited: Jun 15, 2021
You must log in or register to reply here.