Fulminant multiple sclerosis (MS) is the most malignant form of MS which usually leads to death in few weeks. Although it can be accompanied by optic neuritis (ON), but long interval between ON and the grave onset has not been reported. Fulminant MS usually occurs as the first onset and previous...

Multiple Sclerosis (MS) is a disease of the central nervous system (CNS), which is made up of the brain, spinal cord and optic nerve. When the condition rapidly progresses, it is known as an acute form of the condition called fulminant multiple sclerosis. This condition is sometimes referred to...

“The cause of fulminant MS is unknown, and the condition itself is still relatively uncommon. The condition appears to mostly affect children and young adults. Since the risk of multiple sclerosis is significantly higher when a parent has been diagnosed with the disease, genetic factors may play a role.”

Interesting it occurs mainly in younger people with a rapid onset. It is the rarest of the MS group of disorders. I wonder if these elements combined might pave the way for a quick approval leading to a more general application across the rest of the MS disorders.

“Marburg variant of MS is an acute fulminant demyelinating process which in most cases progresses inexorably to death within 1–2 years. However, there are some reports of Marburg MS reaching stability by three years.”

If it is fulminant MS, you could argue semantics. But of the group of MS types this is probably the closest to Clinuvel’s description of the 6th indication if they say they have secured IP. Acute, life threatening with rapid onset, existing treatments for advanced fulminant MS do little more than ease the severity and frequency of relapses. No cure exists. However, administering treatment early in the progression does improve outlook for the patient.

When I think of this uncommon form of MS, I’m reminded of something that one of our esteemed colleagues once said to me:
“Clinuvel are rare disease experts”.
Last edited: Apr 27, 2021

“Fulminant MS usually occurs as the first onset and previous ON (optic neuritis) is not common. We report a rare case of 30-year-old woman with a history of ON 1 year ago. The rapid deterioration to vegetative state followed by a seizure and previous ON differentiated this case from previous reported cases. The differential diagnosis of a rapidly progressive leucoencephalopathy in this patient includes inflammatory, vascular, infectious and toxic disorders.”

Interesting to note the connection to leucoencephalopathy, one of Luger’s patents (acute haemorrhagic leukoencephalopathy) and one of three disorders for which patents were applied for by Luger. Leucoencephalopathy occuring in late stage lymphoma and other cancers.
Last edited: Apr 27, 2021

Pediatric multiple sclerosis and fulminant disease course: Features and approaches to treatment – A case report and review of the literature

The following is a report from the Pakistan Journal of Neurological Sciences. This team had success in treating fulminant MS, they went hard and aggressive in treatment administering immunomodulatory drugs, corticosteroids as well as aggressive physiotherapy. Not sure what the rate of success is for this kind of treatment.

“Marburg variant of multiple sclerosis (MS) is a highly aggressive, fulminant demyelinating disease with very high morbidity and mortality. Early diagnosis and aggressive management is vital to limit severe disability and improve the outcome. We present a case of 35 years old male who presented with rapidly progressive demyelinating illness, leading to bed bound status over the course of a month. He was treated aggressively with intravenous (IV) steroids, plasma exchange (PLEX) and Mitoxantrone (MTX), leading to a remarkable recovery”.
Last edited: Apr 27, 2021

Re: Luger patents - AHLE, an intense inflammatory condition of the brain. Rare and tricky to diagnose, with causes ranging from infectious pathogens to pre existing autoimmune conditions. I’d be suprised if Clinuvel licensed this and pursued it. They could only treat it in emergency rooms with Prenumbra with perhaps Scenesse as a follow up over the following weeks, and even then the sporadic nature of the affliction makes it difficult to attempt a meaningful study. It would have to be conducted over a long/extended period allowing for cases to come in and would entail recruiting a fair number of hospitals. 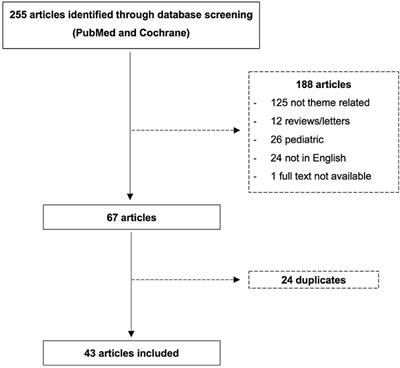 Acute Hemorrhagic Leukoencephalitis: A Case and Systematic Review of the Literature

Objectives: To present a patient with acute hemorrhagic leukoencephalitis (AHLE) and a systematic review of the literature analyzing diagnostic procedures, treatment, and outcomes of AHLE.Methods: PubMed and Cochrane databases were screened. Papers published since 01/01/2000 describing adult...

Re: ADEM -“No controlled clinical trials have been conducted on ADEM treatment, but aggressive treatment aimed at rapidly reducing inflammation of the CNS is standard. The widely accepted first-line treatment is high doses of intravenous corticosteroids,[61] such as methylprednisolone or dexamethasone, followed by 3–6 weeks of gradually lower oral doses of prednisolone.”

Affects approx 8 in 1,000,000. High rate of recovery following early treatment. Rare, and not especially lucrative from a business case point of view.

When put together, of the three demyelination diseases Luger targets in his patents, MS is the most lucrative, most common prevalence, and of which fulminate MS closest fits the criteria for the 6th. After searching for patents relating to Alzheimer’s and a-msh which hasn’t presented any viable options for Clinuvel to pursue/license, it’s difficult to see how they might attempt an AD trial when no related IP exists. It comes down to four scenarios:
- Clinuvel has a deal with Luger and goes after one of the MS types,
- Clinuvel goes after an indication for Prenumbra where they have ‘dosing rights’ and trademarks (which admittedly presents many possibilities)
-Clinuvel trials an indication for which they have the license that is unrelated to discussions on the forums (also many possibilities)
-Or Clinuvel goes all in and takes a risky gamble on AD. It’s been done before, Clinuvel just scrapped in with EPP at the EMA. That would be misleading, but not an unfamiliar tactic used before.

There is another option which relates to one of Clinuvel’s current patents. Something life threatening really only brings to mind skin cancer or AK/squamous cell carcinoma in organ transplant patients? Seems a long shot though.

With Clinuvel initiating legal action against Luger, and what appears to be no more legal conflict, MS is too valuable for Clinuvel to ignore. If Clinuvel hasn’t agreed to terms with Luger, he will simply find another partner or wait for exclusivity to end in Europe for example before receiving license payments from generics etc. They could thumb their noses at Luger and say “Best of luck with it!” but that would be extremely disappointing missing out on such a lucrative opportunity. The MS market is worth ~USD$25 billion and growing, I’d consider it a grossly irresponsible action if Clinuvel left it behind. Hopefully that’s not the case, I don’t think PW is that foolish. Perhaps they have agreed terms and it’s not a priority indication at this time, it’s still advantageous for Luger to wait a little while longer if MS is not the 6th but perhaps the 7th or 8th indication.
Last edited: Apr 28, 2021

The following is from a patent application by Clinuvel which was subsequently abandoned around 2018 (New indication for alpha-msh analogues: US20170304406A1). Concerning CNS disorders, it appears it was rejected, and of which the specific claims regarding the different disorders were removed in an attempt to get it passed the USPO with a broad claim for CNS in general. The patent application targets juvenile forms of CNS disorders, all under the age of 25 except for Alzheimer's disease being the age of 65 or below.

I wasn't aware until I read this application yesterday that Clinuvel was specifically targeting juvenile forms of CNS disorders. Fulminant MS occurs mainly in younger people. I have questioned why Clinuvel might do this, and the only reasons I can think of is the possibility of a higher rate of success in younger people due to a pronounced healing factor compared with middle aged people for example, and in addition a higher chance of getting approval from the authorities for paediatric considerations. If Clinuvel has an agreement with Luger to pursue CNS, their previous intentions in the aforementioned patent application might signal their future intentions regarding the 6th. Clinuvel is probably in a position to proceed regardless of whether Luger's patent application for CNS is successful or not. And, if Luger doesn't succeed, then Clinuvel will secure the patent as they progress through the trials. As Uhoh has pointed put before, sometimes successful proof of concept trials can trump an existing patent in a legal battle. No one else but Luger or Clinuvel has the best chance of securing the patent as it currently stands, anyone else will be rejected 100% unless they have trial results in hand which hasn't happened yet. Clinuvel is moving into a secure position...

You must log in or register to reply here.