"Relief also notes that the formulation of aviptadil being used by NeuroRx, and any intellectual property that NeuroRx may obtain with respect to such formulation, is covered by the parties' collaboration agreement with respect to the development and commercialization of aviptadil, and that under such agreement, NeuroRx is obligated to cross-license such formulation, and all related intellectual property, to Relief. The failure of NeuroRx to cross-license its formulation of aviptadil to Relief is one of the alleged breaches of the collaboration agreement that is raised in Relief's previously filed breach of contract lawsuit against NeuroRx, and its CEO, Jonathan Javitt. "

Here is a text of JJ (CEO of NRx Pharma) from the Yahoo Forum:
"Please read the Bevec patent and remember that only the claims count.
Aviptadil is not patented in synthetic form by Relief or by anybody else.
I realize that there is an urban legend about worldwide rights to the use of Aviptadil, but there are no such rights, any more than somebody could have worldwide rights to the use of insulin.
Aviptadil was synthesized by Bachem around 2000 and is made by a number of manufacturers, none of whom holds a patent. Relief's patent is only for the formulation of aviptadil in certain buffers.
As far as what is inventive or not inventive, I assume you are not a patent lawyer.
On the other hand, the patent lawyers who tell us we have a viable patent are the same patent lawyers who successfully prosecuted the composition of matter patent for NRX-101 and other patents in our portfolio.
At the end of the day, it is USPTO who will decide what is novel and inventive.
So far, we have done reasonably well in our patent prosecutions at USPTO
(see the patent portfolio for NRX-101 in our S1 filing). "

I find it very hard to predict whether RLF or NRX will prevail in court. I will probably add an equally large position in NRX to my RLF investment. However, my understanding is that this patent issue should not change the fact that the mutual commercial agreement is valid in case of a successful approval. (profits 50/50 in the USA, Canada and Israel; 85/15 in Europe and 80/20 in ROW both in favor of RLF).

... for those who really want to look into this patent dispute in depth: new documents have been uploaded to the digital court platform. 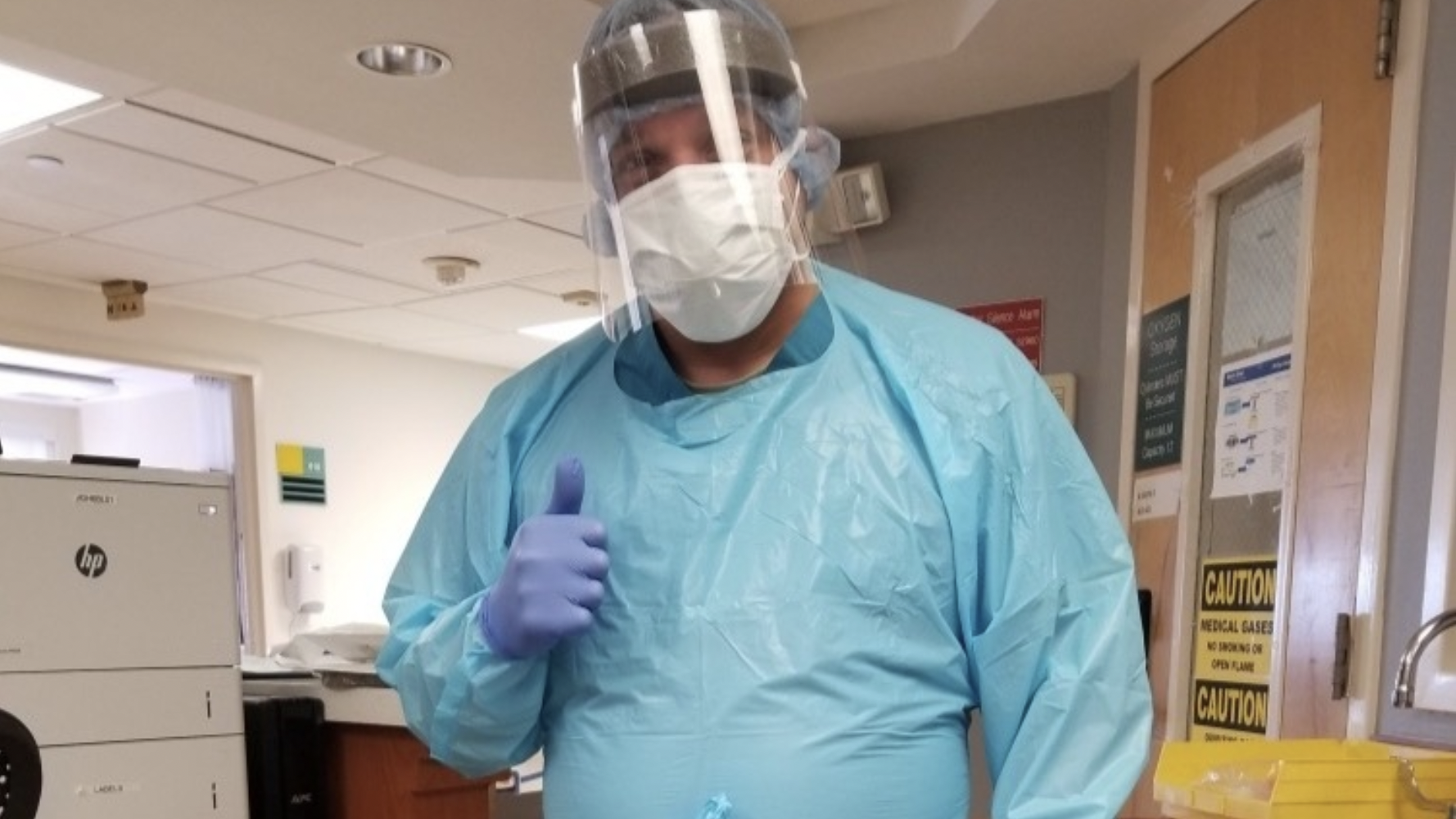 Op-ed: The Emergency Use Law Should Be Used for Emergencies—Like Now

Imagine you have a loved one hospitalized in intensive care facing death from Covid-19. All approved therapeutics were tried. Time has run out and you have been told to prepare for the worst. Your doctor advises there is one last drug to try, a natural protein that has been safely used in early...

The relationship between NRX and RLF gets worse.

From yesterdays presentation:
"We view Relief as our former collaboration partner and the defendant to our counterclaims."

I really don't know what to make of all this. Imo there can be no winners in this lawsuit war. WB would say "It is value destruction in the most stupid form I have come across", and I'd agree 100%. I personally can not judge i) whether a successfull mediation will occur and if not, ii) who'll leave the court as "winner". Also, how long would a nominal court case take? And what would it cost? And in how far does this whole bs impact the FDA decision and commercial roll-out of the drug?

I absolutely hate uncertainties and incalculable risks in businesses I own. To me, the wording and counterclaims of NRX don't sound to me as if they are willing to mutually agree outside court. Will wait what happens now, but my conviction has diminished significantly...

I didn’t buy RLFTF stock yet. I had cash ready to go on Monday this week but I decided to wait to see how the SIX exchange went regarding RLF share price. Then after reading some of the document dump from Javitt, and the comments he made over the past few days, I thought “This is starting to get messy”. Then I read the $185 million lawsuit from Javitt, he really went to town in the lawsuit smearing Relief management as a bunch of bandits lol.

At the moment I’m keeping my powder dry. But the lengths that Javitt is willing to go to bring Relief to heel is astonishing, which makes me think that the EUA might be approved this time around especially with it’s narrowly defined indication. I get the impression Javitt thinks he’s onto a winner and he’s fighting tooth and nail to get a bigger slice of the pie. He’s certainly piling the pressure on Relief, they postponed the mediation and now Javitt is making them pay

In the end I think the $185m lawsuit is frivolous, but it puts another thorn in the backside of Relief’s management. I’m still of the view the Commercial Agreement takes legal precedence, but Relief would be smart to get to the mediation table as soon as possible. Might wait a little longer before buying

macgyver said:
Might wait a little longer before buying

I read the first few pages of the counter claim and decided to sell my shares for the time being. Took roughly a 20% profit with me. (Thanks @endymion96 & @Alexius for the information!)
I also consider it dry powder now and might buy back later.

When would you guys expect feedback regarding the EUA? Couldn't find hints regarding timelines at the FDA page.

@UpAbove I believe the EUA process takes 6 months, though I think the second EUA application took slightly less time to come to a conclusion. I would hazard a guess and say this 3rd EUA will take less time again as they asked an esteemed statistician to re-evaluate the data and the FDA is already familiar with the application. However, more trial data has come available for analysis so it may run the full course of 6 months. Anywhere in between April and June?
Last edited: Jan 12, 2022

macgyver said:
@UpAbove I believe the EUA process takes 6 months, though I think the second EUA application took slightly less time to come to a conclusion. I would hazard a guess and say this 3rd EUA will take less time again as they asked an esteemed statistician to re-evaluate the data and the FDA is already familiar with the application. However, more trial data has come available for analysis so it may run the full course of 6 months. Anywhere in between April and June?
Click to expand...

Thank you @macgyver
I looked at the FDA page to find some timeframes they set themselves for EUA, sth like max 90 days after acceptance of application etc. Didn't find some so I'm happy to go with your guess.

I recently started accumulating shares of XVIVO perfusion, although the liquidity is crappy as my broker cannot handle trades on the Swedish stock exchange. They focus like the name already tells on perfusion of organs when transplanting. This weekend their xenotransplantation-approach paid off and has shown that it works. The first pig-grown heart has been transplanted into a human.

This from Javitt on Stocktwits (or someone claiming to be him, looks legit though). Says he’s looking forward to mediating in February, this after filing $185 million lawsuit lol. I don’t quite understand it, is he admitting to a breach of contract but Relief is blowing it out of proportion? Don’t trust this dude at all

@Alexius Dr. JJ has some stones, wow! He writes as if NRx was the company that initiated the collaboration partnership with Relief and not the other way round. I'm with you, this entire fight is so needless and stupid. All I can say is that it keeps me distracted from Clinuvel while we wait on that slow burn. Almost worth the investment for the entertainment value alone. I've got my lures in the river with these investments ... and my popcorn is buttered and ready to eat. This should be fun!

Relief put out a statement ... they are responding to the counter-claim allegations in court, but still hold out hope that the differences between the two companies can be amicably resolved in late Feb 2022. Wow, what a ride.

Relief Comments on Lawsuit Filed Against It by NeuroRx

relieftherapeutics.com
You must log in or register to reply here.